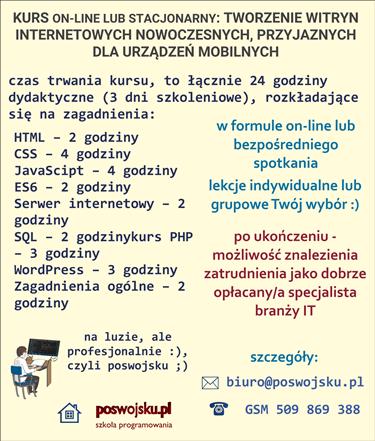 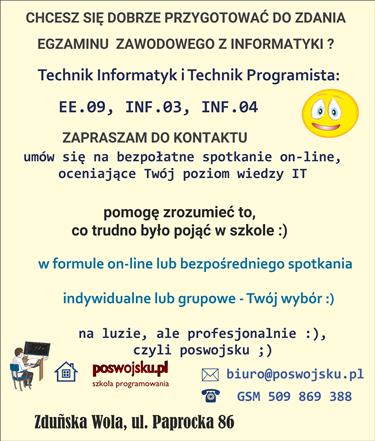 Contrary to what you can read in many places, Angular is not very complicated. I would say that mastering it is much simpler than any programming language. To understand Angular, you need to understand the basics of object oriented programming. You must know what an object is, how it is created, preferably in relation to JavaScript. It would be nice to know JavaScript, but if you don't know it, don't worry. With me you will learn as much JavaScript as is necessary to use Angular.

I mentioned object oriented programming - this is the basis. You must understand and remember that there is one most important object, a super object called .. angular. The whole idea of ​​Angular's action rests on it. By referring to the properties and methods of the angular object, we create applications based on angular.

I will consider the module method:

angular.module () - that is, we call the module method on the angular object, as a result of which the Module Angular object is returned.

Note the empty array at the end of the expression in normal brackets. This array for Angular and for your future application is essential. It shows the dependencies - elements necessary for the functioning of the postwojsko App module. An empty array means that your application does not need any additional modules to function properly. But you can't delete an array, even when it's empty. Why? Because these are the principles of how angular technology works.

The file in which objects, properties and methods of angular are encoded is angular.js. Therefore, for angular to work, you need to connect it to the html file in the same way as you attach other JavaScript files, i.e.

Write <html ng-app = "poswojskuApp"> - instructs html to listen to the instructions of the poswojskoApp directive.

Angular can also be attached locally, but then you need to download Angular to your own disk.

Angular must be informed that it will be used on the website - through the code: ng- or data-ng - directives placed in HTML tags extend and define the operation in accordance with Angular guidelines. An example of including (including) the Angular directive:

.. and the container will be "addicted" to Angular :).

As a reminder, to make the code fully validated to HTML5 code, add the prefix data-.

The Angular expression binds data to HTML in the same way as in the ng-bind directive, which I will talk about soon. Angular expressions give something that I've always missed in JavieScript - I write the expression in the code and see it immediately on the html page, of course, if all the rest of the angular is correctly implemented.

Angular expressions are similar to JavaScript expressions: they can contain strings, operators, and variables.

The angularjs module specifies the application .

Look below and notice that myApp application has one MojKontoler controller and module:

It is worth adding that the code does not have to be all in the html page. We can transfer it to .js files:

var app = angular.module ("myApp", []);
we will transfer to the file: mojaApp.js. Now the file myApp.js contains the module definition.

Controller - MojKontoler, we will transfer to the MojKontoler.js file, i.e. the file   will have:

app.controller (" MojKontoler ", function ($ scope) {
$ scope.firstName = "Darek";
$ scope.lastName = "Gołębiowski";
});
Curious about what it is []? Square brackets [] in the module parameters definition can be used to specify related modules. But that's the topic for another Angular story. In this part of the advice from Angular I will mention: data-ng-model, data-ng-bind, data-ng-init, data-ng-repeat

The article "Angular creating a modern website JavaScript Angular framework tutorial" is the first part of the tutorial on creating web applications in the Angular framework. I invite you to the next parts of the Angular framework tips in 2-3 weeks. And if someone is in a hurry, he can always "rush" the author by sending an encouraging email to: marketing@poswojsku.eu . See also the comparison of React and Angular https: //www.poswojsku.info/internet-it/React-Angular-framework-js-porown ...

Part two of the guide on the use and application of the Angular framework: Angular store construction first product visualization guide ..

postwojsku portals are maintained from ads, so do not whine when ads slightly spoil your well-being;)

Do you want to advertise on postwojsku- go ahead! Write to us

We do not currently provide any paid online training. Only stationary training .

Protection of Personal Data Documentation designs how to do

I have been running the company for 20 years and every year I created several business plans, which gives a total of several hundred effective professional business plans.

Effective BUSINESS PLAN as the basis for your funding - take advantage of my knowledge: click to go to the description of my offer or contact me directly: